Cannabis Industry Waiting for MORE Relief from the Senate 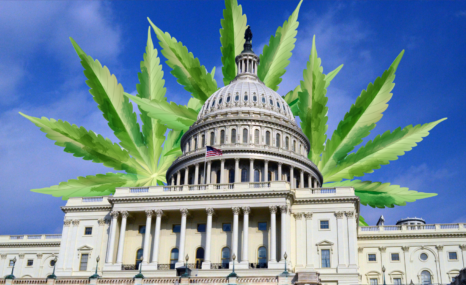 It was an exciting way to wrap up the last week of March.  News that the Marijuana Opportunity Reinvestment and Expungement Act (MORE) passed the U.S. House of Representatives on Friday, April 1, 2022, was a reason to celebrate.

The U.S. House approved the MORE Act in a bipartisan vote of 220 in favor (204 opposed) to the legislation.  Many provisions inside the MORE Act would provide sweeping changes to the cannabis industry.

The passage of the MORE Act through the House of Representatives does not mean that cannabis will be decriminalized.  The next step is to have the legislation reviewed and approved by the U.S. Senate.  As cannabis business owners know, we’ve been here before.  The MORE Act was also approved in December 2020 but died on the Senate floor in 2021.

Now the cannabis industry is holding its breath.  Will the second time around make any difference? Has the Senate changed enough to create a filibuster to approve the legalization of cannabis?  And with it, unhindered growth for cannabis businesses?

Let’s take a closer look at what could happen this year if the MORE Act is ratified by the Senate and how it could further the SAFE Banking Act.

What Changed in the Proposed Legislation for 2022?

There were reasons why the Senate did not approve the MORE Act in 2021.  By amending the legislation to address Senate concerns, Representatives, advocacy groups, and industry hope for a more favorable result this time.

One of the essential pieces of the MORE Act addresses social equity by removing cannabis (and any marijuana-derived substances, including Delta-THC) from the Controlled Substances list. This would foster a path to mass expungement for all non-violent cannabis-related criminal charges. Particularly for persons of color, who statistically experience higher than average arrest rates for personal use possession of cannabis.

Some of the other amendments to the MORE Act for 2022 include:

The amended MORE Act outlines a minimum age of twenty-one (21) years for legalized cannabis use. A federal excise tax on all cannabis raw materials and finished product sales would be 3%.  The first iteration of the MORE Act provided a 5% excise tax.  There has been a proposition to increase the federal excise tax to 8% incrementally, over five years.

How Will The Senate Respond This Time to the MORE Act?

At this point, it is anyone’s guess. Historically there has been fierce opposition to legislation that proposed the decriminalization of cannabis and rescheduling cannabis (and cannabis-derived products) or complete removal of cannabis from the Controlled Substances Act.

Will the Senate pass the MORE Act? Measure H.R. 3617 died on the Senate floor in December of 2020.  However, it could be a different story with the change in Senate Majority Leadership.  It is well known that Charles (Chuck) Schumer (D-NY) supports both decriminalization and federal legalization of cannabis.

If the Senate ratifies the MORE Act, it would not automatically create a clear path to federal regulation of banking services for the cannabis sector.  It would, however, help remove the obstacles to passing the SAFE Banking Act.

The SAFE Banking Act would eliminate penalties on financial institutions and service providers that serve cannabis businesses.  That would give cannabis-touching businesses a safer, legal alternative to cash payments. It would also provide tremendous cost-saving options for payment processing for merchants, cultivators, and cannabis product manufacturers.