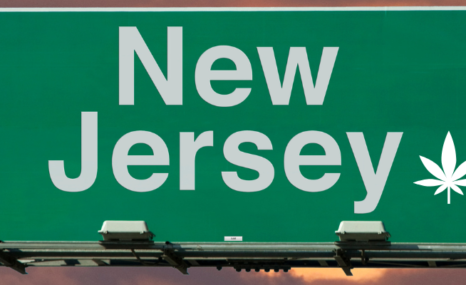 The legalization of cannabis continues across the United States. And a recent poll by Gallup found that 68% of Americans support marijuana legalization. Currently, 18 states, as well as the District of Columbia and Guam, have legalized adult-use (recreational) cannabis.  Today, thirty-seven (37) states have a medical cannabis program. And now New Jersey appears to be next on the list.

New Jersey legalized medical cannabis on January 18, 2010. That made it the fourteenth state to launch an MMJ program.  On November 3, 2020, residents of New Jersey voted in favor of legalizing adult-use (recreational) cannabis.  And then, recreational cannabis was sold at dispensaries on April 21, 2022.  Just one day after the highest sales grossing day for dispensaries, on 420.

As in many states, the history of marijuana legalization in the state of New Jersey is long. There was a  struggle to legalize it. But it happened in New Jersey on January 18, 2010, when Gov. Jon Corzine signed the Compassionate Use Medical Marijuana Act.

In the NJ Compassionate Use Medical Marijuana Act, terminal illness meant patients with less than one year of life expectancy.  But despite the fact that medical marijuana was technically legal in New Jersey, there were limitations. In fact, New Jersey was considered the state with the strictest medical marijuana policy compared to other states in 2011. At the time, 16 other states had already legalized MMJ.

In 2019,  the Jake Honig Compassionate Use Medical Cannabis Act was signed. This allowed patients to get access to medical marijuana more easily. And it set up a Cannabis Regulatory Commission, and let patients purchase more cannabis each month.  Meanwhile, the New Jersey legislature continued to debate recreational marijuana. Despite the fact that Governor Phil Murphy supported the legalization of recreational marijuana, the legislation did not make progress in 2019.

The cannabis industry had to wait to see what would happen next. Legislative leaders in New Jersey announced that they planned to put a marijuana legalization referendum on the 2020 ballot. The efforts succeeded and NJ voters had the opportunity to choose, on November 3, 2020.

The name of the referendum was New Jersey Public Question 1, and it legalized recreational cannabis for adults 21 and older. And it was passed with 67% support from New Jersey voters. As a result of this, recreational marijuana is currently legal in the state of New Jersey. But one of the most important benefits of legalized adult-use (recreational) cannabis in New Jersey will be for patients.

New Jersey will eventually eliminate the sales tax on cannabis for patients.  Currently, residents with a New Jersey medical card can visit an Alternative Treatment Center (ATC) when they are receiving doctor-supervised treatments.  Currently NJ medical cannabis patients pay 4% sales tax on every purchase at an ATC. This tax is scheduled to be eliminated in July 2022 and will help make medical cannabis more economical for patients.  The tax proceeds from sales of recreational cannabis will fund the administrative and enforcement costs of both the medical and adult-use programs in New Jersey.

How much cannabis a consumer can buy, depends on whether it is for recreational or medical use. Any resident of NJ who is twenty-one (21) years of age or older will be able to possess up to 1 ounce of cannabis.  Once recreational cannabis becomes legal. Whereas patients may possess up to three (3) ounces.  Also, there won’t be a purchase or possession cap for New Jersey residents in hospice care.

Business owners waiting to become licensed as a retail dispensary have time to get ready.  And consider providers that will help make opening (or expanding) their retail business seamless.  Paybotic supports over 1,000 cannabis dispensaries in the United States, with cost-effective financial solutions.